Fran Muracca, Chairman of the Board

Fran Muracca is a partner at Jones Day, a leading global law firm which provides significant legal representation for Fortune 500, Fortune Global 500 and FT Global 500 companies.  Fran's practice centers on advising affluent family offices and middle market privately held business owners on a range of entity structure, transaction, tax, and integrated succession and governance planning, including maximizing wealth through liquidity initiatives.
In addition to his tax and business succession counseling, Fran represents clients in federal tax controversies at the administrative dispute resolution level before the IRS and in litigation before the U.S. Tax Court. He has successfully defended regional and national private business owners against challenges raised by the IRS involving unreasonable compensation, the valuation of nonmarketable privately held business interests and sports franchises for wealth transfer tax purposes, constructive dividends, and tax motivated transactions. He also has defended professional firms on challenges raised by the IRS involving "intermediary tax shelter" transactions.
In addition to serving as the Chairman of the Board of the Hockey Sticks Foundation, Fran is a member of the national board of advisors for BNA Tax Management, a Director of the Pittsburgh Penguins Foundation and founding board member of the Pittsburgh Mighty Penguins organization, a USA disabled Hockey organization, and a 2017 Jefferson Awards Foundation recipient. 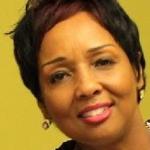 Kimberly Slater-Wood is Manager of Municipal Relations and Outreach at ALCOSAN (Allegheny County Sanitary Authority).  Since joining ALCOSAN in 2015, she has served as the conduit between the Authority and its 83 customer municipalities, including the City of Pittsburgh, sharing pertinent information with municipal representatives and elected officials relating to regionalization and other ALCOSAN initiatives.

Prior to ALCOSAN, Kimberly worked eight years for the Pittsburgh Penguins.  She joined the organization as Executive Assistant to David Morehouse, President and CEO and later appointed to Director of Outreach. During her tenure with the Penguins, she was integral in proposing the youth team name Pittsburgh I.C.E. (Inclusion Creates Equality) which was formerly, Hockey in the Hood.  In her role as Director of Outreach, she represented the organization in deepening and broadening its brand in community outreach, corporate social responsibility and internal initiatives.

She is a member of the first cohort of Carnegie Mellon University Heinz Negotiation Academy for Women, conducted workshops for Coro Women in Leadership, served as a panelist at diversity conferences and is a former Pittsburgh Courier Woman of Excellence.  Kimberly is a long time resident of Pittsburgh and resides in the Hill District at Crawford Square. She serves as board member of Hockey Sticks Together, ACH Clear Pathways and Chairperson of the Tuskegee Airmen Memorial of Western Pennsylvania and Chairperson of the Thelma Lovette YMCA.  Kimberly is also a member of the Society of Women Environmental Professionals 3 Rivers Chapter.

Thomas Langston is the President and CEO of Keystone Hydrocarbon, a diversified petroleum company based in Pittsburgh, PA.  Tom maintains an active role in a variety of volunteer capacities within the amateur hockey community in Pittsburgh.  Mr. Langston received a Bachelor’s degree in Economics from West Virginia Wesleyan College. He and his wife, Beth, are the parents of four children and live in Mt. Lebanon, PA.

Mike is the current Manager of Youth Hockey for the Pittsburgh Penguins and the Goalie Development Professional at the UPMC Lemieux Sports Complex. He is a former goalie from Cole Harbour, Nova Scotia. Mike is a former Quebec Major Junior Hockey League goaltender with the Rimouski Oceanic and finished his playing career with four years at Acadia University. Prior to moving to Pittsburgh, Mike spent two seasons as an assistant coach with the Acadia Axemen and the technical director for the Acadia Minor Hockey Association.

Founder, Pittsburgh I.C.E., formerly known as Hockey In the Hood

Cliff Benson is the chief development officer of the Buffalo Bills and Buffalo Sabres. His main duties include overseeing multiple initiatives for both franchises in the Buffalo and Western New York communities, along with overseeing HARBORCENTER and the Buffalo Sabres Foundation. Benson is also a member of the board of trustees at his alma matter, Pennsylvania State University.
In 2000, Benson, along with members of the Pittsburgh Penguins Alumni, formed Hockey in the Hood. Founded with a grant from the National Hockey League's Diversity Task Force and assistance from the Pittsburgh Penguins, Hockey in the Hood (now called Pittsburgh ICE) was one of 40 major diversity ice hockey programs throughout the United States and Canada with the goal of reaching underprivileged inner-city children by teaching them skating and ice hockey lessons.

Benson is passionate about serving the community and has been actively involved in charitable organizations for most of his career – primarily those that benefit inner-city children with limited opportunities. He is affiliated with Hasek’s Heroes, SABAH, Imani Christian Academy (Board Chair), the Buffalo Outer Harbor Development Committee and was named to the Penn State Board of Trustees in February 2014. Benson was privileged to make three trips to Haiti, bringing medical relief, following the 2010 earthquake.

Shea is a Wealth Planner at Waldron Private Wealth, a boutique wealth management firm founded by his father, John Waldron. Shea provides customized wealth management services to a select group of executives, business owners, and families of multigenerational wealth with the goal of simplifying the complexities of their wealth. He works to integrate the firm’s Independent investment management services with tax planning, risk management, heirs education, estate planning, executive compensation, and philanthropic planning to provide comprehensive solutions to help each client achieve their unique goals

Shea was born with a congenital heart defect called transposition of the great arteries, a rare defect affecting very few babies. Growing up, doctors told him he would not be able to play football due to his condition, but this led him to pursue his true passion: hockey. This experience gave him a true appreciation for the game every time he stepped onto the ice. He continued his hockey career playing for the Mt. Lebanon Hornets, Pittsburgh Predators, Pittsburgh Amateur Penguins, Chartiers Valley Colts and eventually the Penn State Nittany Lions. Shea joined the Hockey Sticks Together Board to help children share that opportunity and passion for hockey. In addition to being a part of the Hockey Sticks Together Board, Shea is one of the founding members of the Club 66 Board.

Dan McCoy is a native of Pittsburgh and a 2017 graduate of the University of Pittsburgh. Born with Spina Bifida and Hydrocephalus, Dan has been participating in various adaptive sports for over 20 years.  At the age of 5, Dan was introduced to the sport of sled hockey, an adaptive form of ice hockey for individuals with physical disabilities. He is currently a player/coach on the Pittsburgh Mighty Penguins Adult Sled Hockey Team.

Dan played 10 seasons as a member of the USA Men’s Sled Hockey Program; 6 of which were as a player on the US Men’s National and Paralympic Sled Hockey Teams.  With Team USA, Dan won a Paralympic Gold Medal in the 2014 Sochi Paralympics as well 2 World Championship Gold Medals.

During his time playing at a National level, Dan found his passion for helping others with disabilities learn the importance of maintaining health and wellness through participating in adaptive sports and physical exercise.  He is a certified ACE Personal Trainer and Director of Player Development with the Pittsburgh Mighty Penguins.  Dan, along with PT students in the University of Pittsburgh School of Health and Rehab Science, developed a strength and conditioning program for the sled hockey players.

Dan currently is a research coordinator at the Human Engineering & Research Lab (HERL) of the University of Pittsburgh. He supports patient care at the UPMC Adult Spina Bifida Clinic and UPMC Center for Assistive Technology.

In addition to sled hockey, Dan enjoys handcycling and has participated the last four years in the Pittsburgh Marathon.  Given the impact that sports have had on his life, Dan is proud to be part of Hockey Sticks Together to advocate and encourage individuals with disabilities to participate in adaptive sports.

Shannon Webster has joined the Penguins organization as Director of Youth Hockey. Shannon previously served as Manager of Program Services for USA Hockey. Shannon began working for USA Hockey in August of 2011 as coordinator of program services in the organization's membership development department.  She played a key role in assisting grassroots hockey associations create and enhance growth and education programs throughout the United States.

Shannon attended Boston College where she had a distinguished college hockey career and graduated from the College of Arts and Sciences with a degree in Communications. As a Freshman at BC Shannon was named to the Hockey East All-Academic team. Before joining the BC Women’s Hockey team, Shannon played for two seasons with the Colorado Select U-19 AAA team, competed in four USA Hockey National Championships, from 2002 to 2005 and selected to participate in USA Hockey National Development Camp in 2004 in Lake Placid, N.Y.  While in High school Shannon was a member of the National Honor Society, named Who's Who Among High School Students and received the President's Education Award for Outstanding Academic Achievement.

Shannon will be joining the HST Board and also serve as the Pens 2020 festival liaison with USAH. Shannon will participate in all festival Organizing Committee discussions with USAH.